In this blog we briefly introduce a new feature of our software, the ALM Network Inventory Manager.

This can be done in different ways, which we describe below. Besides the default mode, where the computer and telephone share a single access, we now also support a more advanced method using our ALM Network Inventory Manager.

The default scenario for the ALM is fully client-based and is applicable when the computer or laptop is directly connected with the IP telephone. They are marked as the green scenarios below. The client automatically detects if a telephone is connected to a laptop or computer. Subsequently, it takes care that the right user profile is downloaded to that specific telephone. In this mode, only the client software has to be installed for every Extension Mobility User. 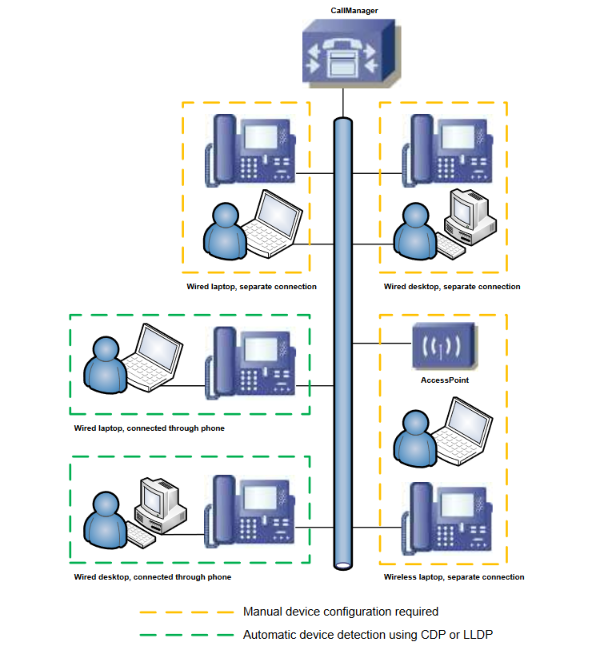 Figure 1: The default client-based automatic device detection can be used in case the laptop or computer is connected through the IP telephone.

Unfortunately, there are also the ‘yellow scenario’s’, scenario’s in which there is no direct connection between the computer and the IP Telephone. For example since they are connected via separate sockets. Or because the computer uses wifi. Does that mean that you cannot use ALM? On the contrary, there are multiple solutions for that, as we will show below:

In case the default IP Phone detection is not possible there is a pop-up function within the ALM Pro client. This function allows a user to enter the Destination Number of the logged off phone, which he can read from the phone on his desk. He still doesn’t have to enter username and pin, that is taken care of by the ALM Client software. This method uses an AXL/SOAP connection from the ALM Pro client to the Communications Manager.

RSconnect is however proud to announce an even more advanced scenario. In the situation where there is no physical/direct connection between the IP Phone and the PC, RSconnect has developed a (virtual) server application called ALM-NIM (ALM Network Inventory Manager).

The ALM-NIM will frequently scan the network, connect to predefined switches and retrieve the information of the connected PCs and IP Phones. This way ALM-NIM builds a ‘table’ (the so called mapping file) with connected PCs and associated IP telephones. The table can also be filled manually by a systems manager. Baseline information for this table is a network topology where is configured which network ports belong to the same desk.

Subsequently, the ALM Pro client will retrieve the information from the ALM Network Inventory Manager. Using the information from the mapping file, the client will use it to log the user into the right telephone. Using this method ALM can still automatically log the user into the IP Phone without any physical connection between the PC and de IP Phone.